In the bad old days of the web, users had to specify the formatting for every page and item on the page in the HTML tag.  This worked, but it led to a lot of repeated code, and it made changing your site’s look or design an absolute nightmare.  (In fairness, designing a site was a bit of a nightmare, so it evened out.)

That’s where CSS came in.  Short for “Cascading Style Sheet”, CSS allowed site designers to separate their content (HTML) from the way it would be displayed (CSS), and even to have different displays depending on the device being used.  In fact, the same HTML could look wildly different depending on the style sheet used, as the CSS Zen Garden project aptly demonstrated.

Additionally, because a single CSS file could be used by any number of HTML files, a well written site could be completely redesigned just by updating a single CSS file, and the changes would cascade through all the pages of the site.

A CSS file consists of a number of CSS selectors, which define a part or parts of a web page and the rules that apply to those selectors.  We’ll start by understanding what selectors can do.

The simplest type of selector is the HTML tag selector.  Simply put, this applies its rules to every matching tag on the site.  So a “p” selector would define the formatting for every paragraph tag on the site, as well as any child elements, including spans, etc.  This is most often seen when formatting the <body> tag to define the base text colors, fonts, backgrounds, etc.

More useful are class selectors.  By adding a class to your HTML element (such as <p class=”announcement”>), you can use the class name preceded by a dot to select all elements of that class.  In this case, we’d use “.announcement” to format our announcement.  Remember, “In CSS, dots have class.”

If you’re really trying to hone in on a specific element, though, you can assign it an id and select it that way.  So you might, for example have a <ul id=”mainNavigation”> that lists the main links on your page.  You could then select it using the hash symbol, like this:  “#mainNavigation”.  Apparently “In CSS, hash doesn’t have class, but it does have Id.”

There are, of course, many other ways of selecting elements in CSS, but these will do for a start.  For more advanced selectors, see the W3Schools tutorials.

Once you have your selector, it’s time to apply some rules.  Rules go inside curly braces, “{“ and “}”.  There are CSS rules for pretty much any sort of formatting you could want to do, but the trick is knowing the right keyword to use.  Most are pretty intuitive, such as “background-color:” or “font-size:”, but some are less so, such as the vague “color:” and the obscure “font-variant-ligatures:”, which I don’t think I’ve ever used.  For a full list, again, W3Schools is a great place to start.

A Couple of Examples

So let’s say that we wanted to create the world’s ugliest, least user friendly website.  We could just go sign up for Geocities, but it’s far more fun to use CSS to make our own.  We’ll go with a bright green background and some nice white text for “ease” of reading.  In CSS that looks like:

No truly hideous site would be complete without the abuse of fonts, so we’ll set the font family to attempt to using Comic Sans:

This attempts to use “Comic Sans MS” if it’s on the user’s machine, then looks for “Comic Sans”, then falls back to a generic cursive font if not, and finally fails to a simple sans-serif font.  Notice that we reused the body selector.  In a real development environment, we’d combine those into a single CSS selector with three rules.

Finally, let’s add a heading and see what happens if we play with the text directions:

This should ensure that no one ever visits our site ever again.  (All we need is a marquee, a blink tag and an autoplaying video and we’ll have committed every design sin on one page.)

Want to try a terrible site?  Try it yourself! (click "Run")

That’s a whimsical example, but hopefully you get the ideas behind how CSS functions enough to begin making small changes to your templates or websites.  By editing code that already exists you can begin to learn how the different elements interact without having to build the entire foundation from the ground up.  It’s easier to hang a door than to build a whole house, so start by making changes to something that already exists.

In the following column, we’ll look at Javascript, which gives your pages interactivity and function.  Remember we’re working through ADDIE as we go, and we’re deep in the design process at this point.

See you soon for future articles! 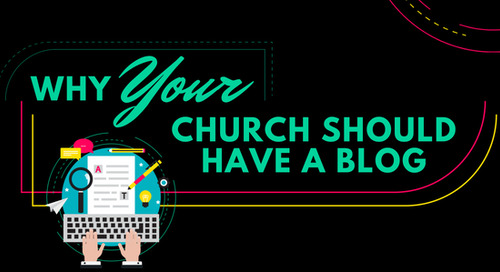 When you saw the title of this post, what went through your mind? I’m already too busy. What ... 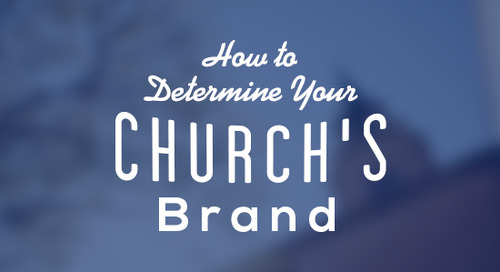 This post is an excerpt from Rev. Daniel Ross's ebook The Beginner's Guide to Communicating Your... 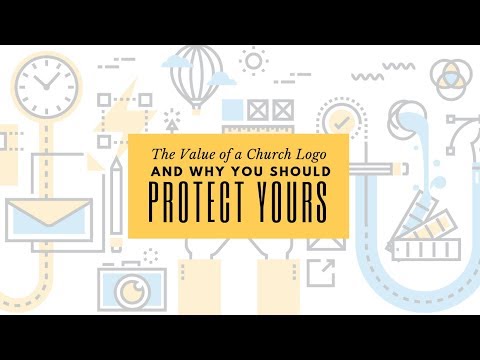 21:35
The Value of a Church Logo and Why You Should Protect Yours

When we just put a cross on the front of our building or website, it tells who we believe in, but it doesn’t tell anything about the people inside. If we all decided to use the same cross, how would s

When it comes to logos, branding, and name recognition, it seems the world understands why it’s so important for their favorite pair of shoes or beverage to have these things, but not... 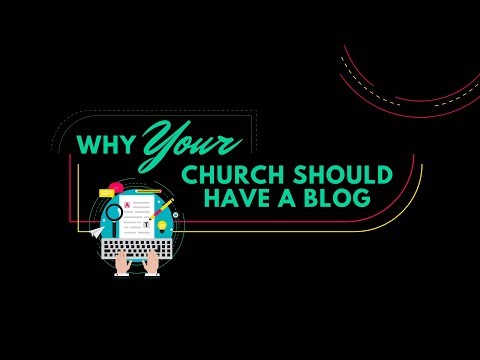 23:14
Why Your Church Should Have a Blog

Get insights from freelance writer and web strategist Lora Horn about the benefits of having a church blog and how your church can start one.

This post is an excerpt from Rev. Daniel Ross's ebook The Beginner's Guide to Communicating Your Brand for Churches. Let’s do a quick thought experiment. What comes to mind when you... 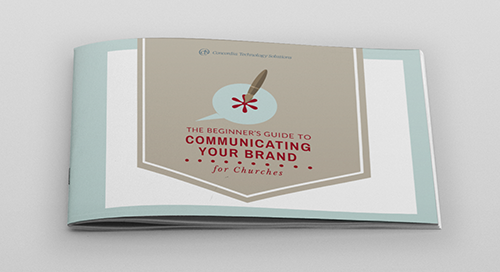 The Beginner's Guide to Communicating Your Brand for Churches

Every organization, including your church, has a brand. The key is learning how best to communicate that brand with the community and world around you. 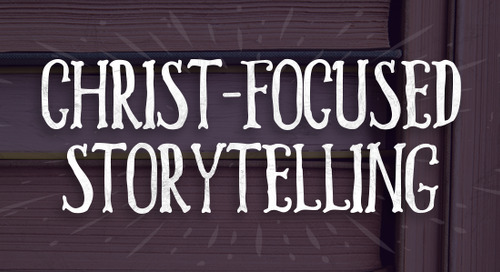 Stories are a powerful way to communicate and connect. From advertising to our dinner tables, stories saturate our lives. God’s Word is filled with stories, communicating our fallenness... 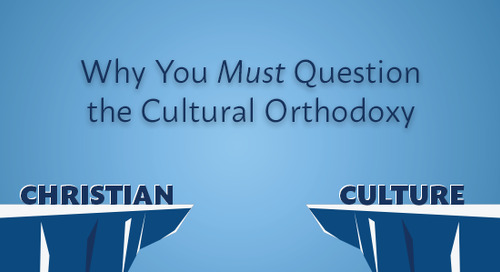 Why You Must Question the Cultural Orthodoxy

Within any culture there’s a certain orthodox set of ideas that aren’t allowed to be challenged or compromised except at great peril.  Some of those are held in common across most, if... 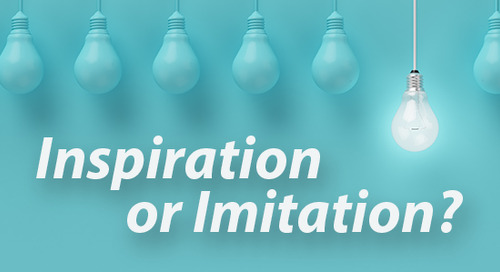 Many people who are active in social media and blogging feel pressure to constantly develop new and exciting content. That pressure can sap creativity, making it hard to come up with... 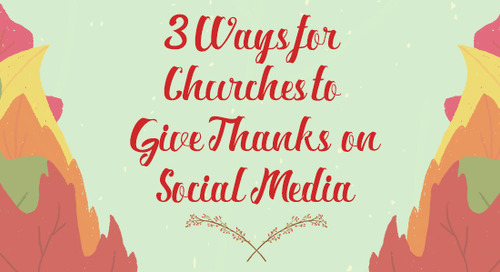 3 Ways for Churches to Give Thanks on Social Media

Happy Thanksgiving! There is so much for which we have as Christians to be thankful! Despite our best (worst) efforts, God continuously gives us undeserved grace because of Jesus... 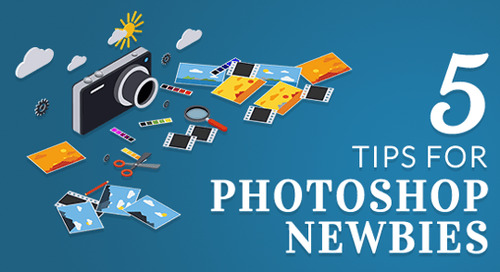 Are you new to Adobe Photoshop? The program might feel overwhelming at first, especially if you aim to be self taught. Trust me when I say that I have been there! 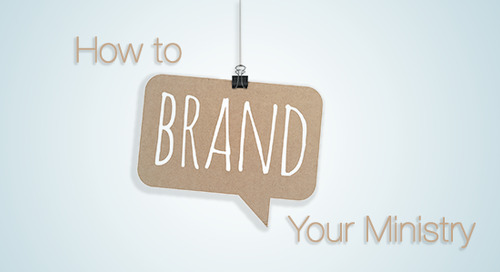 How to Brand Your Ministry

In marketing, most companies come up with a “brand”: a theme that will make their company name recognizable. McDonald’s, for example, has grown their brand so much that the golden arches are... 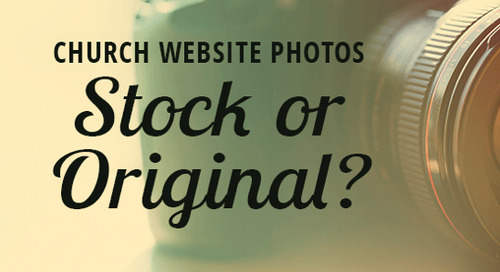 One of my favorite things on the Internet is horrible stock photos (seriously, just Google “weirdest stock photos.”). Why would anyone ever need a picture of someone wearing space... 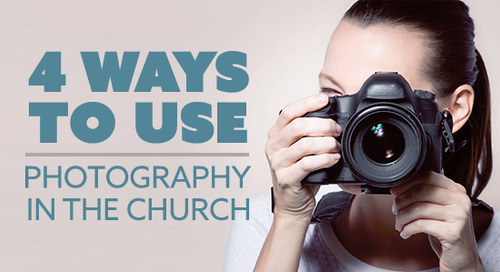 4 Ways to Use Photography in the Church

The phrase “a picture is worth a thousand words” has been tossed around for a long time, but it is absolutely true. Pictures have a way of sharing thoughts, ideas, and feelings with people that... 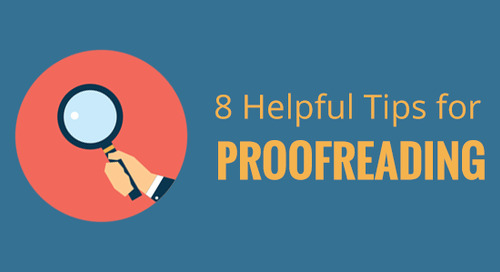 You’ve probably seen one of the many pictures of church signs or bulletins with unintentionally hilarious  mistakes. If you are the one preparing your church or school's bulletins and signs, you... 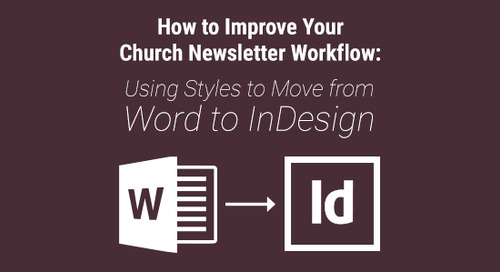 How to Improve Your Church Newsletter Workflow

Church newsletters often include copy from a number of contributors, like the pastor, youth director, and volunteers. Likely, they send all that copy in Word documents. And if you design the... 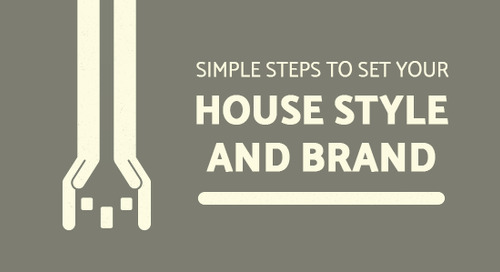 Simple Steps to Set Your House Style and Brand

Set a house style for my church? Brand my church like it’s a soda or a pair of jeans? But we aren’t selling anything! We aren’t a corporation trying to make a profit. We’re just here to serve! 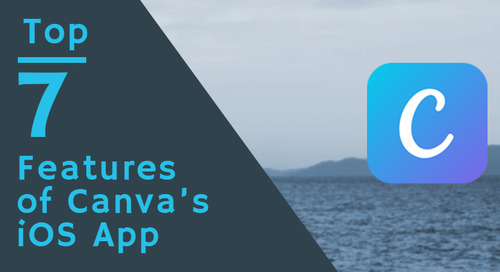 Canva brings high-quality graphic design within reach for anyone. Their on-trend designs, beautiful stock photos, and easy-to-use interface have made the web application very popular, especially... 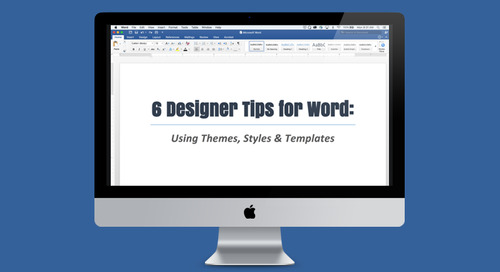 Microsoft Word gets a bad rap when it comes to design tools. When you think of designing in Word, do you see pixelated clip art and hot pink Comic Sans? Thankfully, it’s not 1999 any more! While... 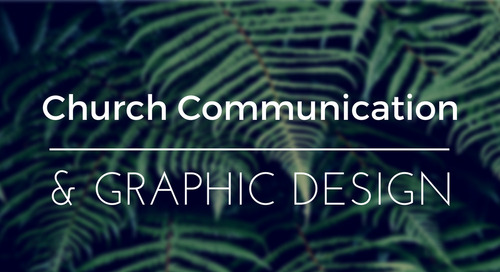 I have a confession....I am church communicator, but I am not a graphic designer.  Don’t get me wrong, I try, but I have no formal training and have grown my skillset through videos tutorials,...